Dr. William M. (Bill) Conlon, P.E. is the founder and President of Pintail Power LLC, which bridges renewable and conventional electricity generation via hybrid energy storage.  Since receiving his Ph.D. in Nuclear Engineering and Science from Rensselaer Polytechnic Institute, he has been instrumental in developing and commercializing utility-scale power generation technologies to improve efficiency, reduce cost and emissions, and improve operability and flexibility.

At International Power Technology Bill co-invented the control system for the Cheng Cycle steam injected gas turbine power plant, and was responsible for new product development, as well as licensing.  As a top executive, he led the technical turn-around of Ausra Inc., taking its CLFR technology to price-performance leadership in the solar thermal market. He was instrumental in its merger with AREVA, the subsequent award of more than $1 billion of new business around the world, and was responsible for Engineering, Commissioning and Operations teams on three continents.

Bill is also a licensed Mechanical Engineer in California, a life member of IEEE and ASME, and serves on the ASME PTC-53 Committee, which is drafting the Performance Test Code for Energy Storage Systems. 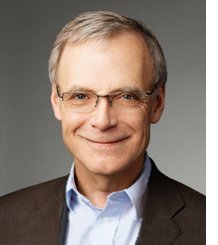