Lixi Huang graduated from the Department of Jet Propulsion at Beijing Institute of Aeronautics (now Beihang Univ) in 1984 with a bachelor’s degree and in 1987 with a master’s degree specializing in compressor aerodynamics. He then studied in the acoustic lab of Cambridge University Engineering Department and completed his PhD work there in 1991. He came back to the field of turbomachinery in the Whittle Lab Cambridge as a research associate focusing on two-phase flow for steam turbines before being elected as a college research fellow at Peterhouse Cambridge, where he also continued with his interest in biomechanics of human snoring contributing to a successful surgical procedure.

He taught at The Hong Kong Polytechnic University from 1996 and moved to the University of Hong Kong in 2006 where he now serves as a professor, teaching aeronautics and acoustics. His current research interest is in noise and flow instability control and he consults extensively for industry on noise issues, such as Intel and Huawei.

In 2012, he joined a national key fundamental research (973) project led by Beihang Univ on passenger aircraft noise. His subsequent research activity in mainland China was supported by a block grant from the provincial government of Zhejiang.

He gives invited/keynote speeches on acoustics at international conferences and offers editorial service for mainstream acoustic journals (Journal of the Acoustical Society of America, Journal of Sound and Vibration, and Chinese Journal of Acoustics). 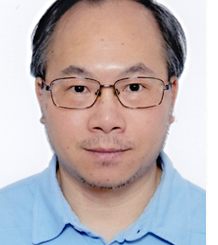