In 2014 he became Senior Adviser to the Airbus CEO, and is today Vice-Chair of Air and Space Academy. 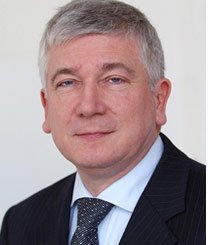