Panel 3: Opportunities and Challenges of SAF:The bridge between Energy and Aviation worlds

Nico Buchholz is a 30+ year accomplished global Aerospace and Mobility C-Suite Executive with a background in aeronautical engineering and management from establishments in North America and Europe. His unique portfolio of experiences covers all continents. His broad skillset is recognized in areas such as technical developments for new aviation products as well network planning, operations, technical customer support, contract negotiations, strategy, communications, marketing and sales, procurement paired with an unbiased analytical approach combined with engaging and mobilizing teams focussing on global mobility.

His career so far spans the EVP aircraft procurement, fleet management, trading and strategy for the Lufthansa Group during 15 years and all 10+ airlines as well as activities with JetBlue and AirNewZealand plus past exec functions for aircraft & engine manufacturers (Airbus, Bombardier, Rolls-Royce) in the fields as Head of Marketing, Sales, Customer Support, Strategy and as Chief Procurement Officer. He further served on the boards of aircraft leasing companies whilst also acting as a Senior advisor for two major US airlines on re-fleeting and procurement.

He is currently advising several companies, airlines and start-ups in the aerospace world globally whilst also driving activities in the environmental and efficiency areas of mobility. As part of the Mentor Team of the Hamburg based Sustainable Aerolab he has seen and accompanied startups that are at the forefront of decarbonizing aviation for the past two years crystalizing on five major areas of development: 1) sustainable aviation fuels, 2) hydrogen, 3) electrification, 4) new designs and materials & 5) operational efficiencies. Altogether, in the 24 months since the inception more than 40 startups from all around the world have been mentored through the Aerolab team.

Against this background and portfolio of activities he is a Director in an Asian State owned Low cost carrier and also acting Chief Commercial Officer of Deutsche Aircraft. He also is member and cofounder of the Flightlevel 500 network, working with financing organizations and the OEM world whilst also linked to the interim Management practice Keyplayer and the Roland Berger Advisory Network.

During his career he built and drove restructuring of fleets in Airlines as well as business orientations in the OEM world. In his career purchased, sold and leased (in/out) well over 1000 aircraft adopting early network benefits of the right sized aircraft including reducing order volumes on specific aircraft which would no longer yield benefits, economically and ecologically. He and his team(s) were instrumental in the development of most modern aircraft flying and entering the market today from Airbus, Boeing, Bombardier, Embraer and other Airframe OEMs as well as several engines including some pivotal game changers. He worked on the advisory teams of all airframe and engine manufacturers since 20 years as well as on the Supply Chains of several Tier Ones. 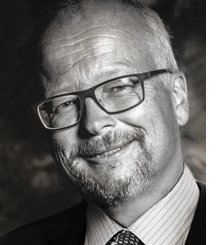