Mikhail Kokorich is a talented physicist and entrepreneur who has become a glowing example to professionals all over the world who want to follow in his footsteps. During the course of his career, he has served as a mentor to countless individuals and helped numerous young professionals find their way in a challenging industry; however, he is best known as the founder and CEO of Destinus, which is a company known for developing a high-speed aircraft that is a cross between an airplane and a rocket.

Prior to starting his career as a physicist and entrepreneur, Mikhail Kokorich learned from some of the top minds in the industry. In addition to receiving a top-notch education, he worked hard under a few talented professionals who showed him not only how to run a business but also how to apply his knowledge for the betterment of mankind. He knew he wanted to follow in their footsteps, which led to him founding Destinus.

In 1996, Mikahil Kokorich launched Dauria. This is a company that specializes in industrial water treatment. He knew that there were a lot of companies that were polluting the environment, and he also knew that lots of people struggled to gain access to clean water. He knew he could create a company that would make a significant difference in the world, and that is exactly what Dauria did. He used the knowledge gained from his first business to found companies that were focused on space and technology. This includes a handful of companies, including Dauria Aerospace and Astro Digital, which have become titans in their industries.

After enjoying a significant amount of success, Mikhail Kokorich decided to move to the United States in 2012. They are, he founded a small aerospace company in Mountain View, CA. He also named this company Dauria, the same as the one he founded in Switzerland. Through his company, he built several small spacecraft and sold a handful of his components to other companies that were looking for help with various satellites. In addition, Dauria Aerospace cooperated with the Russian space agency, Roscosmos. His company produced two CubeSat satellites and placed them in orbit. His agency was one of the first private organizations that launched private satellites into Earth’s orbit.

Before he decided to launch Destinus, Mikhail Kokorich founded a wide variety of other companies in the space industry, including Momentus, which he launched in 2017 along with Lev Hasis. This is a company that focuses on space logistics and transportation. He partnered with a wide variety of other professionals in the industry to change the way space was viewed, leaving his mark on private space enterprise. Momentus was such a success that it was set to be listed on the NASDAQ stock exchange in the summer of 2021. After leaving Momentus in capable hands, he knew that he wanted to change the industry, which led to him launching Destinus, a Swiss company, where he resides today.

Now, Mikhail Kokorich focuses the majority of his time on Destinus, which is a company that is trying to change the way space travel is conducted. His goal is to work with other professionals in the industry to develop a hybrid aircraft capable of moving cargo between continents in fewer than two hours. Even though he still has his eyes on space, he understands that there are a lot of other opportunities available, including an opportunity to reduce the time and money required to send goods and services overseas. Even in the midst of a very difficult situation, Mikhail Kokorich has all of his attention focused on trying to improve mankind. In addition to walking a delicate political line, he is also able to partner with people all over the world, bringing together many of the best and brightest minds to tackle some of the most difficult problems. While his background is in physics, he is also a very successful entrepreneur, and he uses his connections to overcome countless obstacles that can bring about the success of space and near-space flight, both for the purposes of transporting people and for the purposes of transporting goods.

Even though he spends a significant amount of time working, he also carves time out of his day to spend time with their family members and friends. When he isn’t working on his various space projects, including Destinus, Kokorich can be found spending time with those most important to him. It will be interesting to see what happens next for Destinus and space travel. 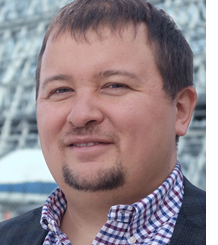