Dr. Brun is the Director of Research & Development at Elliott Group where he leads a group of over 60 professionals in the development of turbomachinery and related systems for the energy industry. His past experience includes positions in product development, applications engineering, project management, and executive management at Southwest Research Institute, Solar Turbines, General Electric, and Alstom.

He holds ten patents, has authored over 350 papers, and published four textbooks on energy systems and turbomachinery. Dr. Brun is a Fellow of the American Society of Mechanical Engineers (ASME) and won an R&D 100 award in 2007 for his Semi-Active Valve invention. He also won the ASME Industrial Gas Turbine Award in 2016 and 11 individuals ASME Turbo Expo Best Paper awards.

Dr. Brun has chaired several large conferences including the ASME Turbo Expo and the Supercritical CO2 Power Cycles Symposium. Dr. Brun is a member of the Global Power Propulsion Society Board of Directors and the past chair of the ASME International Gas Turbine Institute Board of Directors, the ASME Oil & Gas Applications Committee, and ASME sCO2 Power Cycle Committee. He is also a member of the API 616 Task Force, the ASME PTC-10 task force, the Asia Turbomachinery Symposiums Committee, and the Supercritical CO2 Symposium Advisory Committee. Dr. Brun is currently the Executive Correspondent of Turbomachinery International Magazine and an Associate Editor of several journal transactions. 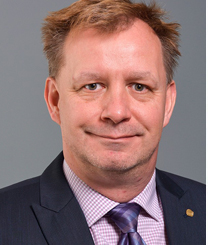