Dr. Petersen is presently a Professor and holder of the Nelson-Jackson Chair in the J. Mike Walker ‘66 Department of Mechanical Engineering at Texas A&M University (TAMU). He is currently the Director of the TEES Turbomachinery Laboratory (since 2018).

His research has been in the fields of gas dynamics; propulsion; combustion; shock wave physics and chemistry; chemical kinetics; optical diagnostics and spectroscopy; combustion instability; and rocket combustion.

He has authored over 620 papers in these areas, including 204 archival journal papers. He is a recipient of the NSF CAREER Award in 2006 and has received several awards for teaching at both UCF and TAMU. Dr. Petersen has advised 21 Ph.D. and 62 M.S. degrees. His research team currently is comprised of 16 people, including research professors, postdocs, and graduate and undergraduate students.

He is a fellow of ASME and the Combustion Institute, and he is an Associate Fellow of AIAA. He a long-time board member and current President of the Institute for Dynamics of Explosions and Reactive Systems. 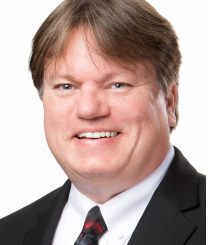 Professor and holder of the Nelson-Jackson Chair