Christophe currently holds the position of R&T Manager within the Short, Medium and Long Range Technical Brands. He is in charge of R&T research programs for Alternative Fuels engineering, including SAF and H2 for aeronautical applications. The transversal scope of SAF enables him to cover Civil and Military applications for Safran Aircraft Engines.

He ensures the development of technological roadmaps for Safran Aircraft Engines within the Safran Group’s Research Department, the construction of the associated funding plan and the management of its implementation.

With more than 30 years with Safran Aircraft Engines, he has held various positions in Design Office, Manufacturing, Assembly, Testing and In-Service Support, allowing him to develop a large network within Safran and partners network. He has more particularly developed its expertise in the implementation of detailed chemistry in combustion modelling, development of Low Emission combustion chamber technologies, implementation of Test facilities for Engine Programs, as well as deployment of Lean management and problem solving solutions within Engine Production, Assembly and Testing lines. 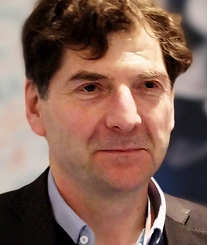