Since 2018 Michael Geyer is Malta’s Managing Director for Business Development Europe and MENA. He also is Senior Advisor for the German Aerospace Center (DLR) in the field of development of thermal energy storage for Carnot Batteries. In this period he participated in feasibility studies on giving coal plants in Germany and Chile a second decarbonized life by converting them into storage hubs for renewable energy.

Michael is board member of the Spanish industrial storage association ASEALEN and was recently elected as Co-President of the Long Duration Energy Storage Council board.

Michael also served as the Executive Secretary of the IEA SolarPACES Implementing Agreement 2000 and 2008.

He is author or co-author of more than 60 publications in the mentioned fields, including technical books, journals, conference papers, studies and reports. 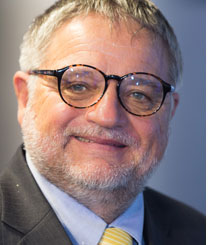