Till December 2009, Pierre Vellay was Senior VP, New Aircraft and Corporate Fleet Planning of Air France. In 1994 at the merger between Air France and UTA, he was named head of Fleet Planning

Pierre Vellay joined UTA in 1972. he was successively at UTA in charge of special projects, in the electronic warfare area, Project Manager of the assembly of the Super Guppy, the re-engining of the DC-8/62, the installation and check-out of the French AWACS. In 1990, he was appointed as Chairman of two industrial subsidiaries of UTA and as Executive VP of UTA.

In 1996, he restructured the fleet after the merger with Air Inter, and Air Charter. He established the future profile of the Air France fleet, focusing the short medium haul fleet around the A320 family, and the long-haul fleet with the A330/A340, 777 and A380. He has played a major role in the introduction of the 777-200ER, the original specification and the launching of the 777-300ER and the 777 F, the definition of the enhanced version of the 747-400ERF, as well as for A318, A330-200 and A380. He has been associated at the definitions of Boeing 787 and Airbus A350. From mid-2000, he has been playing a new role for the rationalization of the fleet of Air France regional partners and from 2004 for the fleet planning coordination between Air France and KLM. Since 2008, he was in charge of Air France and KLM fleet Strategy.

From January 2010 to 2012, he was associate of New & Next Consulting, Senior Advisor for AT Kearney, executive advisor Fleet Strategy for the Air France President and CFO and advisor Product Strategy and Technology for the CEO of ILFC.
Since March 2012, he is member of the Senior Advisory Counsel of GE Aviation. From March 2013 to July 2020, he was appointed as Chairman of FAMAT and since March 2014 as CEO of New and Next Consulting.

Pierre Vellay holds Engineering Degrees from ENSAM and ENSPM in addition to a Ph.D. in Physics from the University of Sciences of Paris. He holds other degrees from the CHEAR (Defence), CEDS (Diplomacy), and the Stanford Business School. In 2000, Mr Vellay was elected at the Air and Space European Academy. 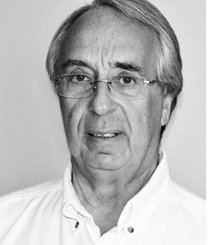