B.Sc. from Cairo University (1970), M.Eng. and Ph.D. from McMaster University, Canada (1978). With Pratt & Whitney Canada (P&WC) from 1978 to 2010, Dr. Moustapha was Senior Manager of Technology, Collaboration and Technical Training Programs for P&WC from 1999 to 2009 and was named P&WC Senior Research Fellow in 2011. Joined ÉTS in 2010 as Professor and Director of Aerospace Programs (AEROÉTS).

Dr. Moustapha is the Canadian industry and academic member of NATO’s Aviation Technology since 2000. Advisory member for Europe Hybrid Electric Aircraft program. He is Adjunct Professor at Carleton University (Canada), Rzeszow University (Poland) and Cairo University (Egypt), as well as a Distinguished Visiting Professor at Embry-Riddle Aeronautical University (U.S.A.). He is the President of the Ambassador Club of the Montréal Congress Center. Dr. Moustapha is the founder and cofounder of the Montreal Aerospace Institute (MAI, 2001), the Consortium for Research and Innovation in Aerospace in Québec (CRIAQ, 2002), Aero Montreal Cluster (2005), the Green Aviation Research and Development Network (GARDN, 2007), AEROETS (2010) and Aerospace 4.0 (2016). He is a keynote speaker at various international conferences and forums on aviation, technologies of aircraft engines, and the various technology and skills challenges of the fourth industrial revolution “Industry 4.0”. 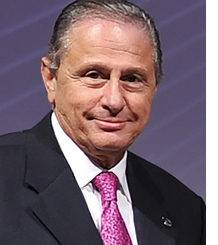