Prof. Fabrizio Nicolosi is actually FULL Professor at University of Naples “Federico II” – Dep. of Industrial Engineering.
He obtained MSc in Aeronautical Engineering at University of Naples “FEDERICO II” in 1994. In the period 1995-1997 has been performing research activities supported by several grants. In 1996-1997 (12 months) has been visiting researcher at TU-Delft, research activities on design of high-performance sailplanes (in collaboration with Prof. L. Boermans for fuselage and wing-fuselage junction of Antares Saiplane).

Since 2010 he coordinates a research group at University of Naples called DAF (Design of Aircraft and Flight technologies) Research Group www.daf.unina.it, which includes 13-14 people, 5 faculty members plus several post docs and Phd students.
Since January 2018 is member of the AIAA ADTC (Aircraft Design Technical Committee) and is AIAA Member since 1996. He has been responsible of several research contracts with external industries (ATR, Leonardo, Piaggio) and he has been scientific responsible for Unina of 7 research projects financed by the European Community (H2020 and Clean Sky 2) and 2 financed by the Italian Ministry of Research for a global funding of about 4.5 M € since 2013. 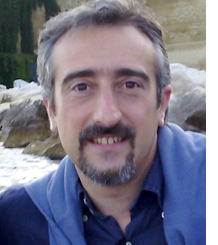