Anestis Kalfas is a life member of several international professional associations and he has working proficiency in a number of languages. He has published more than 150 peer reviewed papers, and received 5 best paper awards. He served as a review chair at various international conferences and he is a member of the editorial board a various scientific and technical journals. He is involved in sponsored research and technology transfer in association with various European, American and Asian partners. He is active in the areas of axial steam-turbine aerodynamics, gas-turbine aerodynamics and heat transfer, gas-turbine performance and power plant optimisation, hybrid power generation systems for isolated and integrated networks, boundary layer transition and turbulence, fluid mechanics and instrumentation for medical applications, novel pressure, temperature, entropy as well as droplet and particle probe technology for turbomachinery. 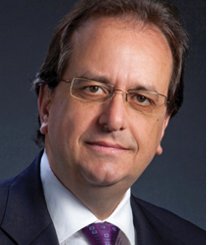