Dr. Tim Lieuwen is a Regents’ Professor, the David S. Lewis, Jr. Professor and the Executive Director of the Strategic Energy Institute at Georgia Tech. In this capacity, he manages Georgia Tech’s strategy and external relations for its overall energy portfolio. He is also founder and CTO of TurbineLogic, an analytics firm working in the energy industry. Prof. Lieuwen is an international authority on clean energy and propulsion, and his work has contributed to numerous commercialized innovations in the energy and aerospace sectors. He has authored 4 books and over 400 other publications. Current and past board positions include governing/advisory boards for Oak Ridge National Lab, Pacific Northwest National Lab, and the National Renewable Energy Lab, appointment by the DOE Secretary to the National Petroleum Council, and board member of the ASME International Gas Turbine Institute. 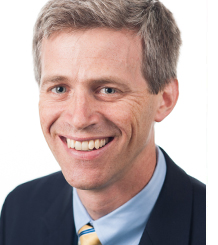 Regents’ Professor, the David S. Lewis, Jr. Professor and the Executive Director of the Strategic Energy Institute at Georgia Tech